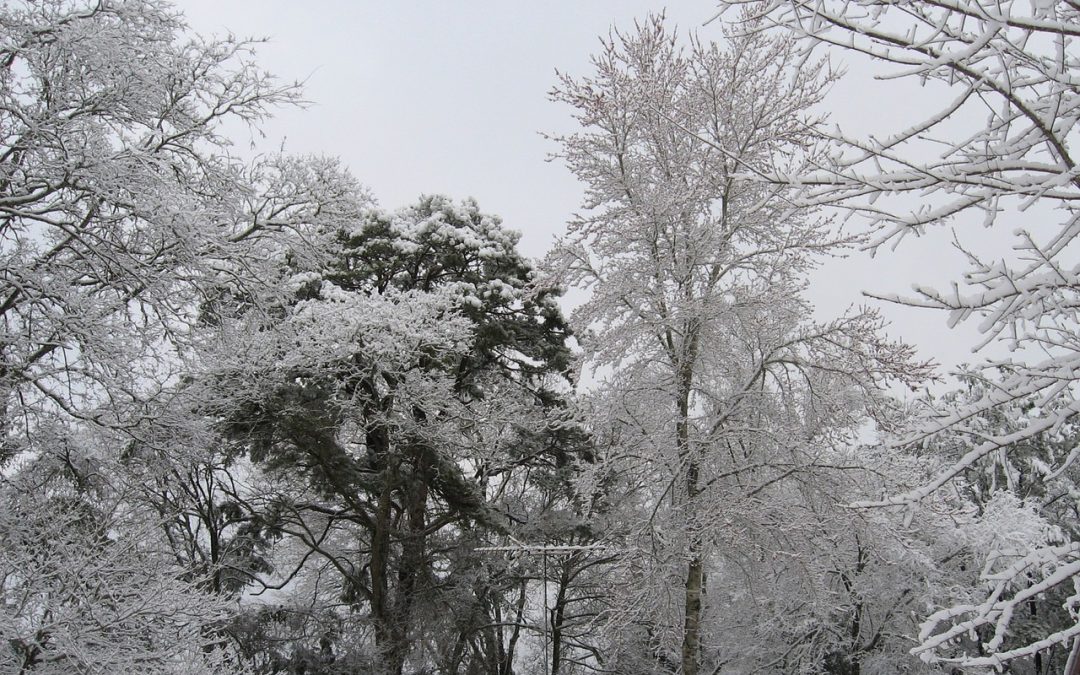 Have you ever experienced a cold so deep that you can’t feel your toes for twelve hours straight? A cold for days on end in a state that’s not used to it?

Yes, I agree that Texans can seem like babies when it comes to snow but in all honesty, we hardly get the harsh winter weather. We don’t know how to drive in it properly. We don’t have chains for our tires, snow plows to clear the roads, salt to spread out, or snow shovels.

So in a way, snow is a Texan’s kryptonite.

Lessons in Years Past

The “Big Freeze” was a big deal for us in 2021. The last time I saw that much snow in my life (besides my visit to Alaska and this winter in Ohio) was over twenty years ago during the Texarkana winter storm of 2000 which lasted about two weeks. I had been helping my Dad on a plumbing project at a house north of Paris, Texas, and had watched the snow fall quickly. The drive home on the two-lane highway was reduced to one lane with plenty of room in between vehicles. The electricity went out Christmas day and stayed out the whole time.

During that storm, I saw the example of preparedness my parents showed. My Dad hooked up a generator so we could run basic amenities. Our house had gas hookups so we had heaters in two rooms and the kitchen oven stayed on, which also meant we could still have warm meals. My Mom collected vintage oil lamps so we had light for everyone. We had plenty of puzzles, games, and books as well as new Christmas gifts to keep us entertained. We used the large plastic bin for the Christmas tree as our refrigerator on the back porch so our food never spoiled.

Besides the cold and lack of electricity, I remember plenty of memories made playing in the deep snow outside. Snow caves beneath weighed down tree boughs, driving up and down our street in the Go Kart because there were no cars out driving, plenty of real snowmen, and, of course, drinking hot chocolate in front of the stove to warm up afterwards.

So when I say we weren’t completely prepared, I mean it.

In Texas, I was prepared for other natural disasters, camping, and my car breaking down. But my Mom and I learned new skills for enduring a winter storm.

From October 2020 to August 2021, I was once again living at home during a season of listening to the Lord and waiting for Him to tell me where to go next. But I’m thankful He had me at home during this storm. My Mom had two dogs at the time living in the backyard enjoying the warmth of heat lamps, but when we heard of the possibility of the electricity going out, we started getting ready. We planned out who would get each dog (they did not get along), which room we would stay in with them, and laid out our layers.

One thing we Texans excel at is layers.

So around 10PM that night, the lights flickered and went out completely. We bundled up, grabbed flashlights and leashes, and brought the dogs inside. I put the cat in my room so she had a heater all to herself and the litter box in my bathroom. I took one dog to the main bathroom and my Mom stayed in the kitchen with the other. We hunkered down for what sleep we could get that night although I had one main mistake with my layers: I hadn’t put on enough socks and couldn’t feel my toes all night.

That was the first lesson.

Later, I saw ideas for using a tent covered in blankets to keep the heat in a smaller space in order to stay warm. This knowledge will help in the future if the need ever arises again.

The second lesson was using the snow to our advantage.

There was plenty of it outside so why not? We collected enough snow to fill the bathtub and kept it full for the next few days.

In order to protect our pipes, we shut off our connection and used melted snow to flush our toilets. We boiled the snow and used my water filter so we had plenty of clean water with which to drink and cook. One night we even washed our hair over the sink with warm water.

We lived in layers and slept on the floor but we learned the benefits of the snow instead of cursing its existence. We grew in knowledge of what could have been done better if a storm like this ever happens again.

Now that I live in Ohio, I feel like that storm was preparing me for life here, although the north seems more prepared for winter than the south. And that’s okay. There is more to prepare for here.

What have you lived through recently that taught you something new to prepare for?

Did you experience the Texas Freeze of 2021 as well?

If so, I’d like to hear about your experience and what you’ve learned!

Preparing for the idea and actually going through an event like that can seem like different things but they’re both learning times. Once we make it on the other side, we’re able to make adjustments to our plan in order to do better the next time around.

Although, it may be another twenty years for Texas to endure another big freeze but being prepared ahead of time is always better than learning the hard way all over again. This year, snow plows were ready and waiting for the flurry that swept through a couple of weeks ago. Residents were prepared ahead of time because they had learned from the year before.

We go through experiences in order to learn from mistakes and better ourselves.

What are you learning today?